Assist. prof. Simona Drenik holds a PhD in International Law and is an assistant professor of constitutional and international law.

She worked in Slovenian diplomacy for 15 years; four years she was a head of International Law Department, four years a head of Project Unit for the Preparation of the Pleading before the Arbitral Tribunal and an agent of Slovenia before the arbitral tribunal. As a head or a member of diplomatic delegations she participated at numerous international and several intergovernmental meeting and conferences held under the auspicies of the United Nations, the International Criminal Court (ICC), the OSCE, the Council of Europe, the European Union and other international organizations, as well as in numerous negotiations on bilateral treaties. During the 2008 Slovenian Presidency of the Council of the European Union she was leading a priority dossier on the Lisbon Treaty, and during the 2005 Slovenian OSCE Chairmanship she was leading the OSCE Human Dimension at the Permanent Representation of Slovenia in Vienna. She was a Rapporteur of the Assembly of States Parties of the ICC, a member of the Council of Europe Committee of Legal Advisers on Public International Law (CAHDI) and of several working groups of the Council of the European Union. Since 2015 she has worked at the Ministry of Justice, where she mainly works in the area of ​​human rights law.

In her work and research, she derives from the integration of theory and practice. She is the author of over 50 scientific or professional works. She is a member of a Committee on Baselines under the International Law of the Sea of the International Law Association (ILA) and of a Drafting Group on Civil Society and National Human Rights Institutions (CDDH-INST) of the Steering Committee on Human Rights of the Council of Europe. 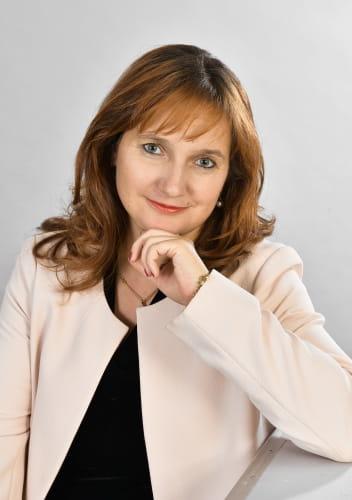