The Catholic Institute and Studia slovenica

Between 2021 and 2027, the Catholic Institute (KI) is a contractor in the project to digitalize (capture, storage, description, publication) the written heritage of the Studia slovenica archive (SSL). Financial support for the project is provided by the Ministry of Culture of the Republic of Slovenia. The selection of the archival material for digitalization considers the principles of record keeping and public interest and encompasses those units that are potentially the most interesting for the scientific research work and consequently subject to physical wear and tear.

The SSL is an archive with an associated special library unit within the KI, the founder of which is the Archdiocese of Ljubljana, and is thus part of the archival material of the Catholic Church in Slovenia. The SSL is currently located in the facilities of the Archdiocese of Ljubljana (the building of the St. Stanislav’s Institution) in Šentvid nad Ljubljano. The credit for the collection and updating of the material is due to the Slovenian American economist Janez Arnež (1923–), who in 1957 founded the Studia Slovenica Institute in Washington D.C. and dedicated the predominant part of his life mission to collecting and preserving the archival and library legacy of active nationally aware Slovenians in the world. Janez Arnež published 32 monographs about Slovenian history and Slovenian (political) emigration, collected and edited monographs, periodicals, and archival and other culturally significant material. In 1991, he transferred all of the material collected up to that point to Slovenia, and in 2012 permanently handed over ownership to the KI. The SSL, which is unique in the Slovenian and international environment, continues to grow.

The SSL keeps a unique and—for the Slovenian and international public—priceless collection of archival material about the most prominent Slovenian emigrants and autochthonous Slovenians in the neighbouring countries (Kazimir Zakrajšek, Gregorij Rožman, Miha Krek, Ciril Žebot, Franc Jeza, Jože Bernik, Ljubo Sirc, etc.), as well as unique and priceless archival and library material about numerous Slovenian political, cultural, and church organisations in Europe, North America, Latin America, and Australia. The entire archival collection (personal documents, correspondence, diaries, accounting ledgers, speech and published article manuscripts, photos, medals, etc.) encompasses 180 personal and topical fonds in a total length of 260 metres. Furthermore, the library material of the SSL includes more than 50 thousand monographs in different languages, a good half of which is kept by no other Slovenian library, several hundred emigrant and extra-border periodicals, a collection of artworks by the sculptor Franc Gorše (1897–1986), and a series of rarities from post-war refugee camps. In 2002, the Ministry of Culture of the Republic of Slovenia designated the archival collection of the SSL as a cultural monument. In 2005 (the second edition in 2006), the Archive of the Republic of Slovenia published a guide to the archive material of the SSL, which was compiled by Andreja Klasinc Škofljanec.

The most precious, the most extensive, and nowhere else kept documentation pertains primarily to: (a) so far the most complete collection of monographs, periodicals, and other publications published by American Slovenians from the end of the 19th till the end of the 20th century; (b) a complete collection of periodicals created immediately after the Second World War by Slovenian political emigrants in refugee camps in Austria and Italy; (c) an archival fond about the operation of the Slovenian People’s Party and its president Miha Krek (1897–1969) during his exile in London during the Second World War; (d) book legacy of Viktor Korošec (1899–1985), a professor for many years at the Ljubljana Faculty of Law and the leading Slovenian expert in Roman and ancient law; (e) the archival legacy of Ljubo Sirc (1920–2016), the world-renowned Slovenian-British economist, anti-Communist dissident and a candidate for the President of the Republic of Slovenia. It can be said that the SSL presents the biggest and most systematically formed “central” archive with an associated special library unit for Slovenian emigration, particularly for that part of the Slovenian nation that had to leave its homeland after the Second World War.

Based on the above, it is apparent that the mission, scope, and content of the SSL are consistent with the public interest and present an indispensable part of both the national and international cultural heritage, which enables new highlighting of less known aspects of Slovenian history and strengthens the recognisability of Slovenianness and Slovenia in the world. 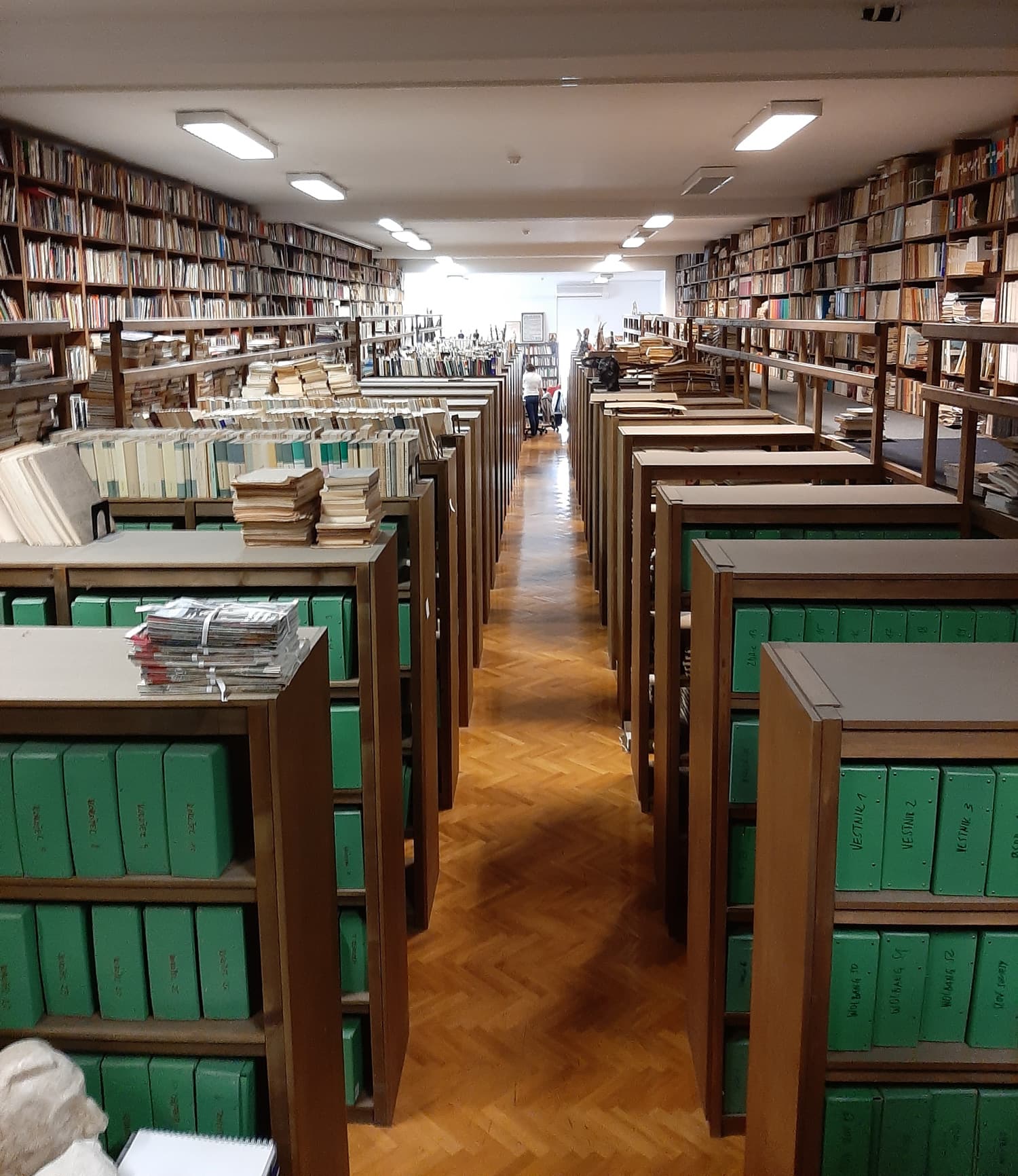