Res novae is a peer-reviewed scientific journal published by the Catholic Institute. It is published twice a year in electronic and printed form. The journal has an interdisciplinary character: it covers a wide range of social sciences (law, political science, economics) and humanities (philosophy, history). The core of its content represents the connection between personal and economic freedom with ethical social responsibility.

Articles for publication in Res novae can describe concepts, present theoretical findings, or are empirically-analytical. It is expected that authors demonstrate a high level of knowledge of the issues discussed, are scientifically accurate and methodologically clear. Articles must show a contribution to the development of the areas they cover.

The purpose of Res novae is to promote an original scientific contribution to current issues in science and promote the use of different methodological approaches. Res novae does not favor any form of methodological approach, but rather encourages the use of interdisciplinary tools of scientific analysis and comparative analysis of established concepts with new ones that are still in the phase of verification.

The journal is primarily intended for lecturers and researchers associated with academic or research institutions; however, it is open to everybody that demonstrates a good knowledge of their discussed subjects and has obtained at least a postgraduate university degree (Master’s degree). Each article goes through an anonymous and independent peer-review process which comprises of domestic and foreign readers (evaluators) with the appropriate academic titles––at least with the title of assistant professor (docent). Once the article is submitted, it is distributed at least to one (preferably two) external reader(s) whose report(s) must be submitted to the editor-in-chief within 1 month. Reviewers are anonymous; their identity is never revealed to the authors and is known only to the editor-in-chief and members of the editorial board. Similarly, the identity of the authors is never revealed to the reviewers. If reports of the reviewers diverge substantially, the editor-in-chief will send the article to a third reviewer. Reviewers who evaluate the adequateness of an article are affiliated to a different institution than the authors.

Articles may be submitted in Slovene or in English. Title, abstract and keywords should be written in both languages.

The journal is indexed in the renown international bibliographic database ERIH Plus (European Reference Index for the Humanities and Social Sciences). The journal is also indexed in dLib.si (Digital Library of Slovenia).

The journal publishes its articles under the terms of the Creative Commons Attribution 4.0 International License (CC BY 4.0). 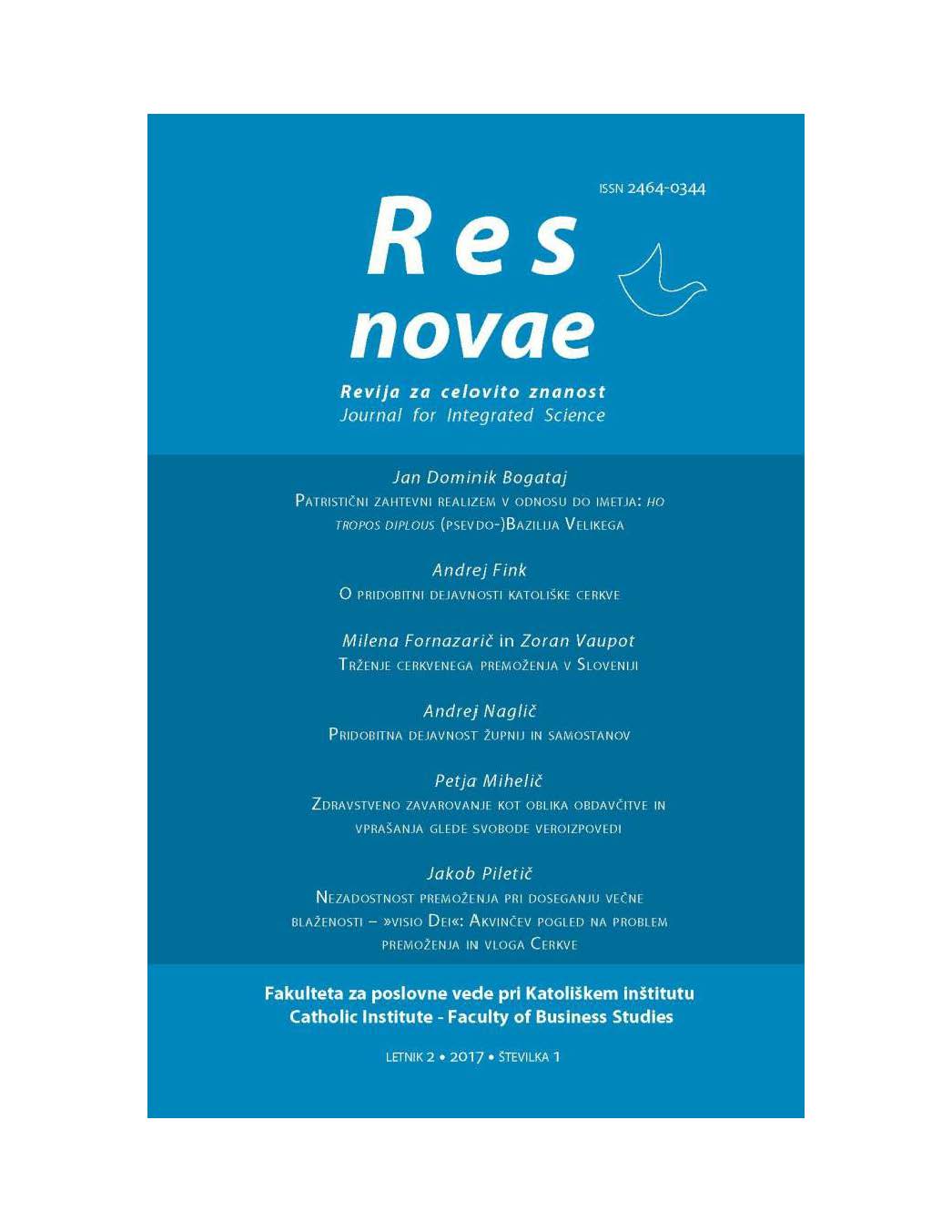